Preheat the oven according to cinnamon roll package instructions.
Spray pan with cooking spray. Remove sausage links (while I used baby links, any style can be used with this. Play around and see what works best for you!) and cinnamon rolls from packaging, reserving icing.
Begin wrapping cinnamon rolls around a link of sausage. I was able to wrap 2 sausage links with 1 cinnamon roll (I used Pillsbury Grands cinnamon rolls). Place on pan, spaced out about 2 inches so that they don’t stick together.
Bake for the directed time (15-20 minutes).
Remove and drizzle with the cinnamon bun icing. Enjoy! 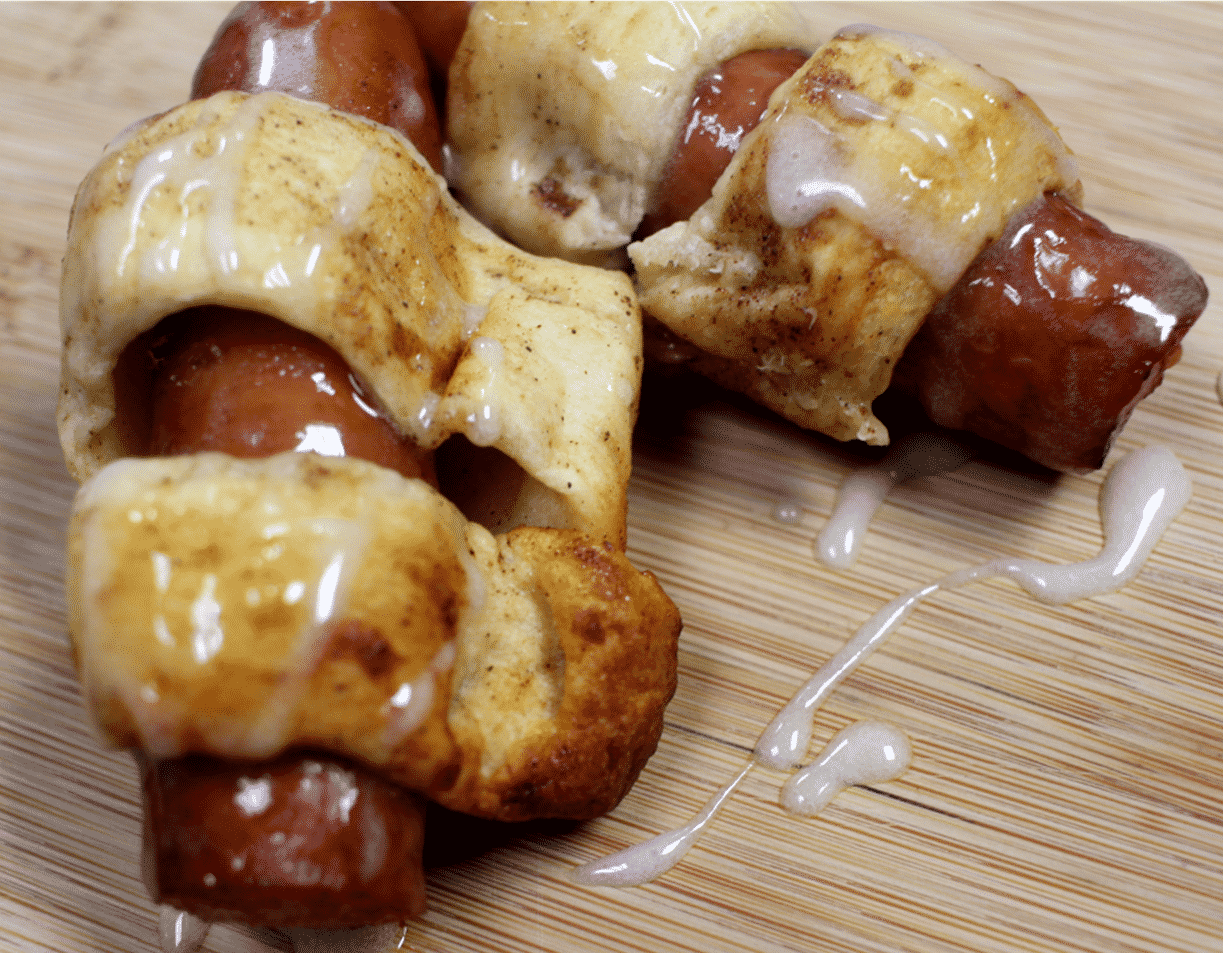